A few weeks ago, we asked the question: What came first, the musician or the machine?

This week, we got an all new perspective on the subject with a great new article from Gear Patrol.

According to the mag, the expansion and evolution of electronic music styles can be traced alongside the technological advances in production tools. That is, after new product launches and updates, artists seem to find innovative and unique means of using the new tools at their disposal.

The article builds off this stance to explore the most influential tools of music throughout the past 40 years.

The writers at Gear Patrol break down the years’ most iconic music production tech into three basic categories: synthesizers, drum machines/samplers, and turntables/CDJs.

Did your favorites make the cut?

The Minimoog’s smooth and versatile sounds are a staple in Kraftwerk‘s 1971 album, “Autobahn”

Roland’s Transistorized Bass 303 was released in 1981 as a means to play bass accompaniments for solo guitarists. The 303 started getting seriuos face time when early Chicago house DJs began to experiment with its signature wonky bass sounds so characteristic of albums like Jesse Saunders‘ “On and On”

Another 80’s Roland favorite, the Transistor Rhythm 808, was created to replicate the sound of a drum kit with up to 32 possible patterns. Shortly after, the Roland TR-909 succeeded the 808, raising the bar with digital samples for cymbals and hi-hats, as well as additional functionality that increased pattern capabilities up to 96 possible combinations.

As for the quirky synthpop sounds that we love in classics from artists like Yellow Magic Orchestra, we have the TR-808 to thank.

Just seven years after the TR-808 came the Akai S1000 sampler. The S1000 gave producers the ability to splice, crossfade, and trim music in new and improved CD quality. Then, another three years later, Akai’s release of their Music Production Center (MPC) sampling sequencer quickly gained a massive following. With features like sampling, manipulating, storing, and sequencing music, the MPC allowed for all new levels of production ease and efficiency.

As Gear Patrol puts it:

The backbone of any DJ setup has always consisted of turntables and a mixer. A minimum of two decks are used to layer beats in real time, but great DJs can mix up to four.

Classic turntables like the Technics SL-1200 series have been a staple in DJ setups for nearly 40 years since they began production in 1972.

However, top-tier Pioneer CDJs have slowly but surely become the mainstream solution for DJs and Producers globally, coming as a simplified alternative for the heavier equipment and vinyls necessary to rock the classic turntables.

Exciting news in the world of DJ culture as Technics (aka Panasonic) has announced that the Technics 1200 is back in production. They call it the 1200G. According to Brooklyn Vegan:

You may remember that Technics were getting back in the turntable business. At a presentation today as part of the annual Consumer Electronics Show in Las Vegas, Technics (which is owned by Panasonic) have announced the much-loved Technics 1200 will soon be back in production.

The full specs on this reborn turntable can be found at the Technics website.

How best to use the turntable? We’ll leave that to DJ instructor DJ Rugged One:

Our fourth year, 2015, was a banner year for our school in Central Square. We created a dope video (above), saw #MakeItNew host some of the best producers and DJs from around the world, and, of course, trained many new students in the art of modern music mixing and making (including the advent of our new synthesis program).

What were you most interesting in reading about? Here’s a run-down of our top 5 most-read posts from 2015.

Just the thought of using turntables besides Technics can spark feelings of rage in some DJ’s, but, sadly, they’re no longer producing turntables. However, life goes on and new turntables continue to go on the market for DJ’s on a budget or those who want to stick with something a bit more modern. With the door open for companies to leave their mark on the world of DJing, new turntables are coming out faster than DJs know what to do with them. To make things easier Fact Magazine has compiled a list of the best turntables available today.

Gemini has gotten a bad rep in the DJ community, but they’re on the upswing. Previously known for producing less than stellar products, they did put out a few relatively reliable units, the PT2000 being one of them. This turntable is able to get the basics done while avoiding a lot of problems that budget turntables often suffer. It’s not the most spectacular unit on the list, but the price can’t be beat.

The ST.150 is an absolute rock. Weighing in at almost 45 pounds, it goes without saying that this isn’t a very portable turntable. However, it’s extremely solid and captures that authentic Technics feel. With high-end essentials such as an S-shaped arm, digital connection, detachable leads, a slip mat, and a free cartridge, you really can’t go wrong with this unit.

“As for the motor? It’s strong enough to beat you up if you don’t talk nicely to it.” 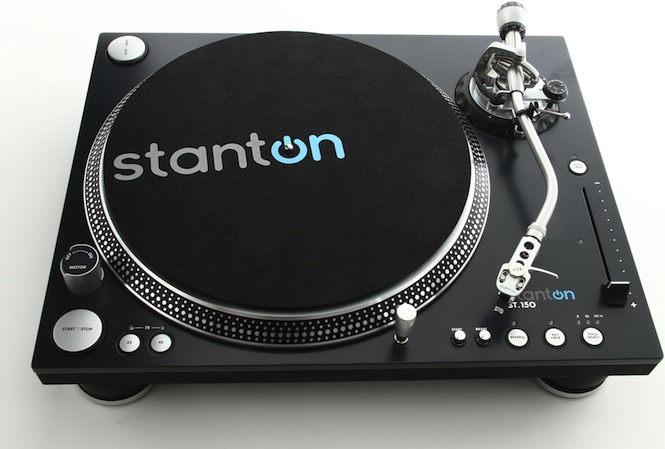 The T.92 is essentially a scaled down version of the ST.150. It still has a high torque motor, 3 speeds, RCA sockets, and USB and S/PDIF digital outputs. It might not be the sleekest looking turntable, but in terms of functionality, it’s an excellent unit.

It looks like the SL-1200 Mk.II, and has all of the features and then some. With 3 different speeds, a built-in pre-amp, a USB port, two sets of start/stop buttons with varying speeds, pitch width changer, and a centre lit pitch fader this unit definitely doesn’t come up short on features. The included software also allows you to convert vinyl to digital, which can be a handy tool in terms of keeping music organized in the digital DJing world.

“This is a bit of a Swiss Army knife of a turntable.”

Coming in at about 35 pounds, this unit is far from light. However, what it loses in portability, it makes up for in functionality and durability. It’s high torque motor, quartz lock, USB port, and dual start/stop buttons all work like a breeze, but what really sets this unit apart is its digital readout, which features RPM, pitch, torque and tempo.

Looks familiar familiar right? The RP7OOO is essentially a Technics SL-1200 Mk.II, but with plastic chassis and a metal upper, which makes it significantly lighter. It doesn’t come cheap, but with MIDI, a digital read-out, a single bank of effects pads, and a bunch of other awesome features, you get your money’s worth. 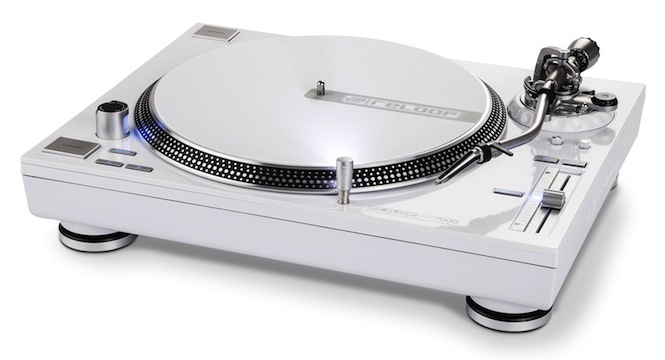 It’s expensive, and its made entirely out of plastic. That price tag isn’t for nothing though. This unit comes with Vestax’s exclusive Anti Skipping Tonearm, which does exactly what it claims. On top of that, it comes with a whole host of other features, including an adjustable break/start time and a wide pitch range. 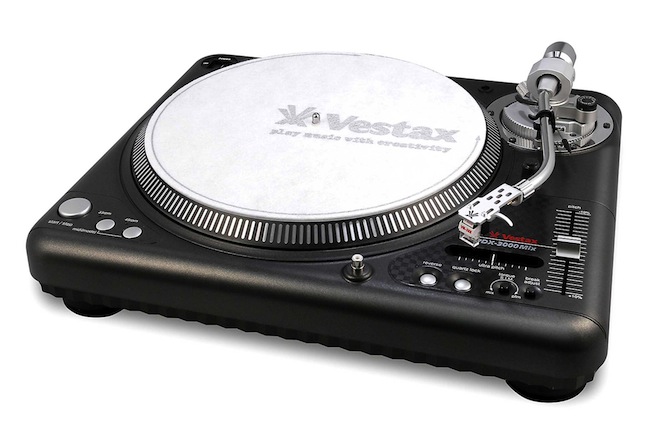 While this list is intended to give other turntables a much-deserved time to shine, it would be impossible to talk about the best without mentioning the classic. Most DJs swear by it, and it’s currently the only unit our instructors use here at Mmmmaven for our classes. Yes, they aren’t in production anymore and haven’t been for some time, but they’re still very easy to purchase via Ebay/Craigslist/Etc.

“It has everything any DJ could ever want and then some. “

Want to up your DJ game? Sign up for one of our March and April courses. They are enrolling now.