Last Friday, Together Boston and The BMAT Fund teamed up with The Mayor’s Office of Arts and Culture to hold the first annual Celebration of Summer. Summer doesn’t only apply to the time of year, the celebration was organized to celebrate the life and memory of the late Donna Summer, who passed away from lung cancer at 63. The celebration included DJ Kon, one of the world’s top disco DJ’s, as well as a roller skating rink right in City Hall Plaza. The skaters ventured outside of the rink, forming their own circles and dances lines which really spread the disco vibes to anyone in attendance. 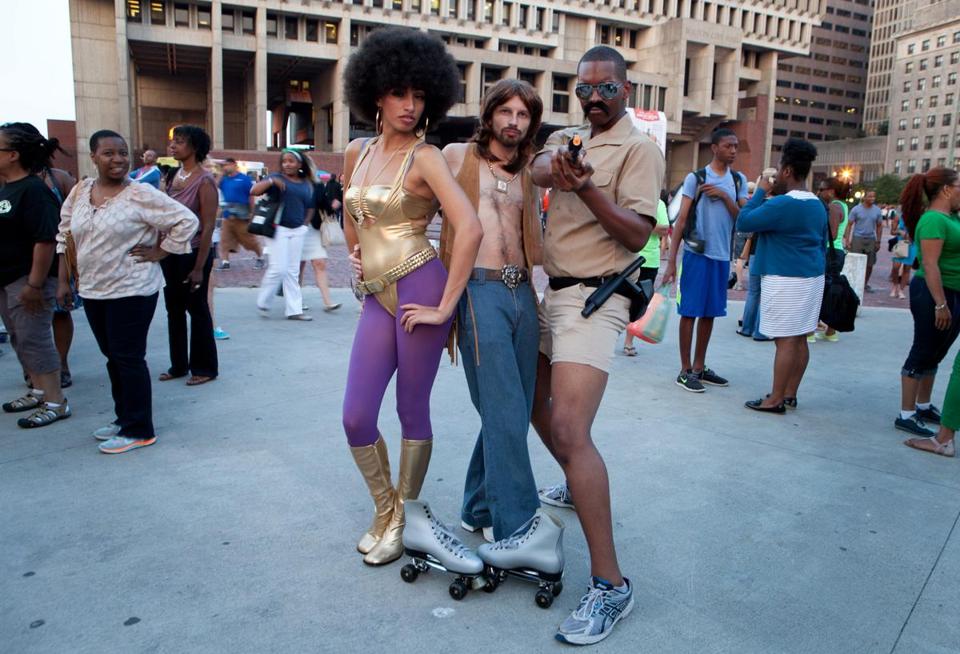 Donna was a Dorchester native, and many of her family members still reside in the Boston area, many of which could be spotted at the event. The BMAT Fund was created by her supporters with the vision of permanently memorializing the queen of disco in the city of Boston. The fund will also help aspiring artists in the Roxbury/Dorchester area to reach their goals.

To get a glimpse at all the roller disco madness, watch the recap slideshow below (with pictures from BDC Wire and Boston Magazine.

Not only did thousands of people roll through City Hall Plaza, they took to the web to praise the good vibes. Have a look at what everyone’s saying about the first annual Celebration of Summer.

“We had a great crowd of people, and the music was fantastic,” Norton said.

The event was such a success an op-ed appeared in the Boston Globe the following Monday, calling for not only an annual event, but that the disco party represented an entirely new and “alternative vision” of the City, its notorious City Hall, and the Plaza:

By any measure, the event was a success: It attracted a large and far more diverse crowd than most public events in Boston. Cutting across lines of ethnicity and sexual orientation, the party drew not just veterans of the disco era, but also little kids and young adults far removed from the cultural upheaval of the ’70s. As darkness fell, people who couldn’t get in to the crowded skating rink could still dance as DJ Kon played “I Feel Love” and other hits.

An appropriate tribute to one of Boston’s underappreciated cultural heroes, the event should be repeated and expanded. Why a Donna Summer tribute party on City Hall Plaza in July? In a resurgent city, the better question is: Why not?

Click to read the entirely unexpected piece in the Boston Globe.

We even made the nightly news at My Fox Boston, including an interview with her nephew Robert Grant aka Omega Red.

The final song Donna ever sang was for her nephew, who was able to make the trip to perform at the event. Listen to her sing the hook to his song: “Angel,” where she appropriately sings “I’m your angel.” The most remarkable thing is that she sang these words after she had already been diagnosed with what proved to be terminal cancer, at a time when she was the only one who knew.

RIP Miss Summer. But know you will forever be in our thoughts and rest assured knowing your voice not only conquered Disco but also launched an entirely new kind of music.

Together Boston in association with the City of Boston presents A Celebration of Summer: The Donna Summer Memorial Roller Disco Tribute Party featuring DJ Kon and the Gang.

Celebrate the incredible life of Dorchester’s own Donna Summer at City Hall Plaza on July 18th from 6-10pm. What better way to celebrate a disco legend than a roller disco party? Rent skates on site, or bring your own and get your boogie on.

If you love Donna as much as we do, then help us build a memorial in her honor!